welcome to the latest issue of hedgerow. throughout november we will once more feature art by different artists / poets. thank you all for simply turning up, it’s a beautiful thing.

also our sister site wildflower poetry press has been revamped in time for the launch of a few new titles, pop by for a peek. a few new features added as well — https://wildflowerpoetrypress.wordpress.com/
you can also follow any updates / call for submissions & other announcements on our fb page —
https://www.facebook.com/wildflowerpoetrypress/

For the past year Glenn Ingersoll has been hosting a Poetry Circle at the Berkeley Public Library. He blogs at Dare I Read (http://dareiread.blogspot.com) and has published two chapbooks, Fact (Avantacular Press) and City Walks (broken boulder).

Ken Sawitri was born in Blora, Central Java, Indonesia, and completed
her degree in psychology at the Universitas Indonesia. She dedicated
her haiku for her motherland in ‘Listen, The Spice Whispers, haiku
from Indonesian archipelago’ https://indonesiainmyhaiku.wordpress.com
and noted her journey in writing haiku in ‘Give Yourself A Kiss’
http://thisissawitri.blogspot.co.id

Jimat Achmadi was born in Yogyakarta, Member of United Haiku and Tanka
Society since 2014. Jimat’s work can be found at https://jimatachmadi.wordpress.com/

silent secateurs –
who to prune the apple tree
now that you’re gone?
a cabbage white ignores
the lilies’ megaphone blooms 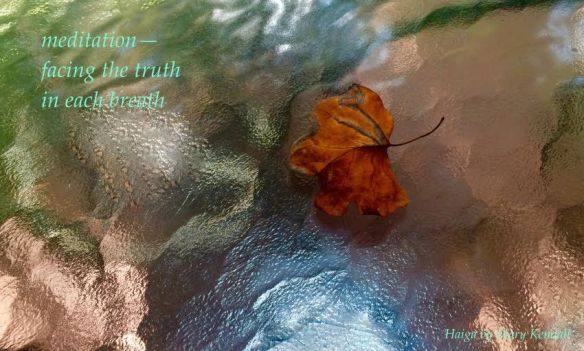 Mary Kendall lives in the southern part of heaven known as Chapel Hill, North Carolina where occasionally she bakes apple pies and dreams up poems. 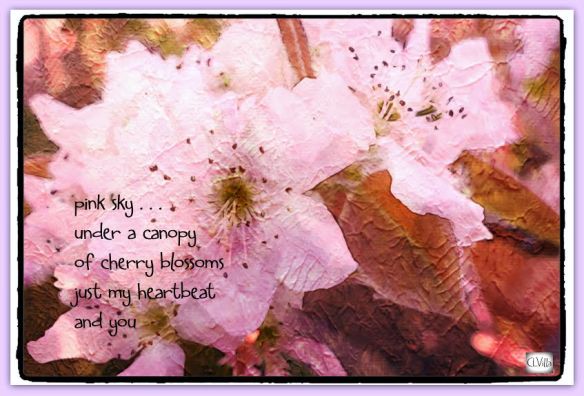 Christine L. Villa is the founder and editor of Frameless Sky ~ http://framelesssly.weebly.com. With childlike wonder and fascination for ordinary things, she is an animated story teller, a dream weaver, and a sensitive poet.

Anna Cates lives in Ohio with her two beautiful kitties and teaches in Southern New Hampshire University’s online M.F.A. in creative writing program. A regular contributor to literary publications, her first full length collection of haiku and other poems, “The Meaning of Life,” is available at Cyberwit.net and Amazon: http://www.cyberwit.net/authors/anna-cates

Debbie Strange (Canada) is a published tanka and haiku poet and an avid photographer. She enjoys creating haiga and tanshi (small poem) art. You are invited to see more of her work on Twitter @Debbie_Strange.

Andy Thatcher lives in Exeter and is studying and working towards a doctorate in education psychology. He’s a keen runner, cook and loves nothing more than a Sunday morning ramble with his wife and daughter. 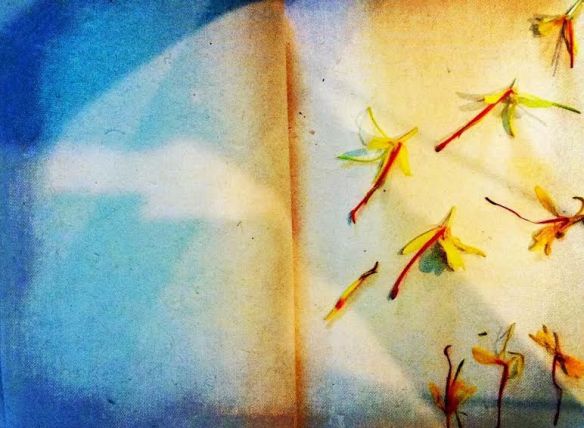 Sabine Miller grew up in Miami and now lives near San Fransisco, where it is beautiful beyond measure.

Haiga Ken Sawitri, Painting Jimat Achmadi
Haiku published for the first time as the ‘Izbor Radova’ (The Choice
of Poems) DIOGEN Summer 2013 Haiku Contest – Summer in The Town;
published for the second time in Ardea, Issue 5, 2015