welcome to the latest issue of hedgerow. thrilled to announce august’s resident artist Debbie Strange! you can read more about her at ‘poet / artist in conversation’ (https://hedgerowpoems.wordpress.com/poet-artist-in-conversation/). further, a new spotlight poet has been added (https://hedgerowpoems.wordpress.com/poet-artist-spotlight/). make sure you pass by, some glorious pieces on show here. enjoy the art, poetry & summer! thanks to one & all.

the curve
of a whale’s fin
sunset

years after
we buried the cat …
goldenrod

kite festival
on the beach –
butterflies

Joanna M. Weston. Married; has two cats, multiple spiders, a herd of deer, and two derelict hen-houses. Her middle-reader, ‘Those Blue Shoes’, published by Clarity House Press; and poetry, ‘A Summer Father’, published by Frontenac House of Calgary. Her eBooks found at her blog: http://www.1960willowtree.wordpress.com/

Carole Johnston spends summer days driving around Bluegrass backroads with a notebook, a camera and her dog. Her chapbook, Journeys: Getting Lost, can be ordered from Finishing Line Press.

thunder clouds
the stagnant voice
in between

Pravat Kumar Padhy, a poet and scientist from India, has published Japanese short form of poems in English in many international journals, e-zines and anthologies. His haiga featured in A Hundred Gourds, Haigaonline, World Haiku Association and TanshiArt. His archived Japanese form of short poetry can be found at http://pkpadhy.blogspot.com

walking with the moon
I attempt to speak
screech owl

Julie Warther (@JulieWarther) lives in Dover, Ohio and serves as Midwest Regional Coordinator for the Haiku Society of America. (www.hsa-haiku.org). Her haiku chapbook “What Was Here” is available through Folded Word Press. http://foldedword.bigcartel.com/product/what-was-here 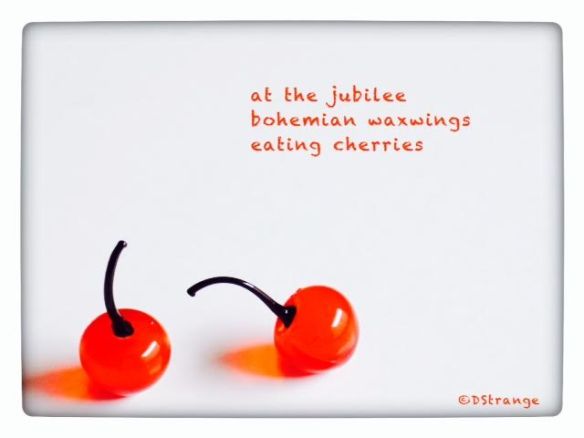 Chen-ou Liu is currently the editor and translator of NeverEnding Story, http://neverendingstoryhaikutanka.blogspot.ca/, and the author of five books, including Following the Moon to the Maple Land (First Prize, 2011 Haiku Pix Chapbook Contest) and A Life in Transition and Translation ( Honorable Mention, 2014 Turtle Light Press Biennial Haiku Chapbook Competition) 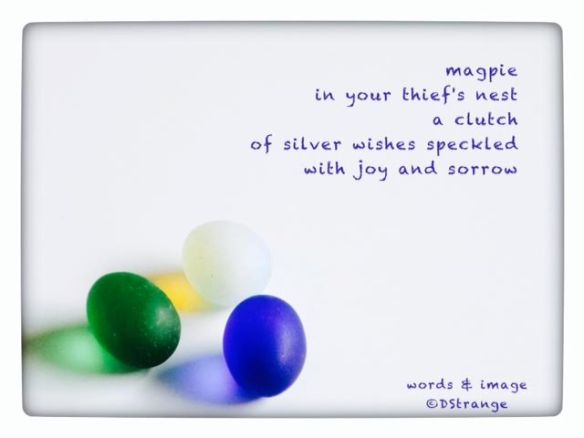 (poem previously published in All The Shells, TSA Members’ Anthology, 2014)

The Glass Series by Debbie Strange —

I am always entranced by the magic of light. In this series of photographs, I tried to capture the play of light through glass in a minimalistic manner…

read more about the artist behind the art here — https://hedgerowpoems.wordpress.com/poet-artist-in-conversation/