welcome to #80 of hedgerow. as always, grateful to contributors & readers alike! thanks for making this a beautiful place. enjoy…

sunlight sifts through summer maples a trail of emerald beetles

stones sizzle
in the sun
a rattlesnake sheds its skin

Mary Jo Balistreri has been writing haiku and haibun for two years. She finds it makes her more aware of what’s right under her nose, and sometimes it is astonishing to think she might have missed it had it not been for haiku. It helps slow things down and brings her to a peaceful place. It is becoming a way of living. Her website is maryjobalistreripoet.com

Joyce Joslin Lorenson lives in Rhode Island, U.S.A., grew up on a dairy farm and records the daily happenings in nature around her rural home.

the silence of wind
before the rain
after the rain

last night
impossible to sleep
the moon in my bedroom 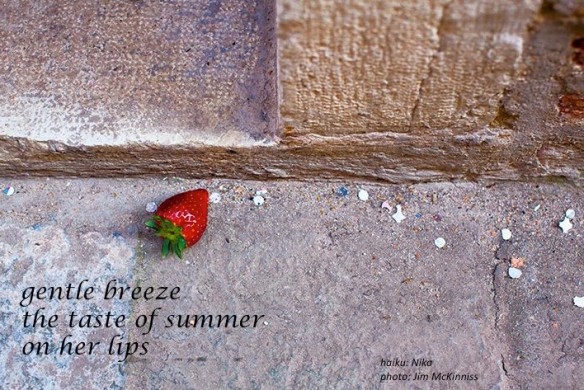 poems by Nika is the pen name of Jim Force. He has published two chapbooks: frogs singing (1993) and snail my friend (2015). Nika lives in Victoria, BC, Canada where he writes with The Heron’s Quill. He is a member of Haiku Arbutus as well as Haiku Canada.

photo by Jim McKinnis is a retired mathematician and software engineer. He has an eclectic interest in image making. His current and past photographic projects include the horses of the Badlands in South Dakota, the homeless of Los Angeles, cemeteries in Italy and the Mask Festival in Venice. Jim lives in Orcutt, California, USA. http://www.jimmckinnissphotography.com

sparring
to become
a butterfly

Elmedin Kadric was born in Novi Pazar, Serbia, but writes out of Helsingborg, Sweden. A student of both longer and shorter forms of poetry, and an avid observer of everything else.

autumn breeze
for a moment
we forget our anger

Christina Sng writes haiku to immerse herself in nature while living in the city. She finds joy in gardening, birdsong, and sakura tea. Find her at christinasng.com. 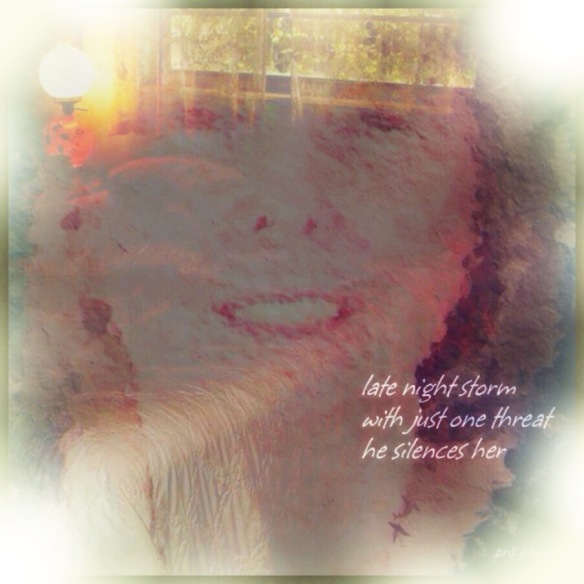 Pris Campbell, of West Palm Beach, FL, U.S. , writes both short forms and free verse.   A former Clinical Psychologist and avid sailer, she was sidelined by ME/CFS in 1990 and now leads a far quieter life.

Jackson D. Smith is a homemaker and writer from Chicago, Illinois, USA. He is a grateful transplant recipient who started writing to cope while waiting for a new heart to become available.

Marietta Jane McGregor is a Canberra-based botanist and journalist who has pursued varied careers in research and science communication at Australian universities and the CSIRO. Having spent much of her life trying to explain things, Marietta now tries to let them explain themselves, through haiku. A Tasmanian friend who studied botany with Marietta, Rosemary Roth, took the original photograph on a bush walk. Rosemary also lives in Canberra. Now retired, she spends many happy hours exploring the nearby hills and engaging with the natural world.